Capital as a Force for Good: Capitalism for a Sustainable Future 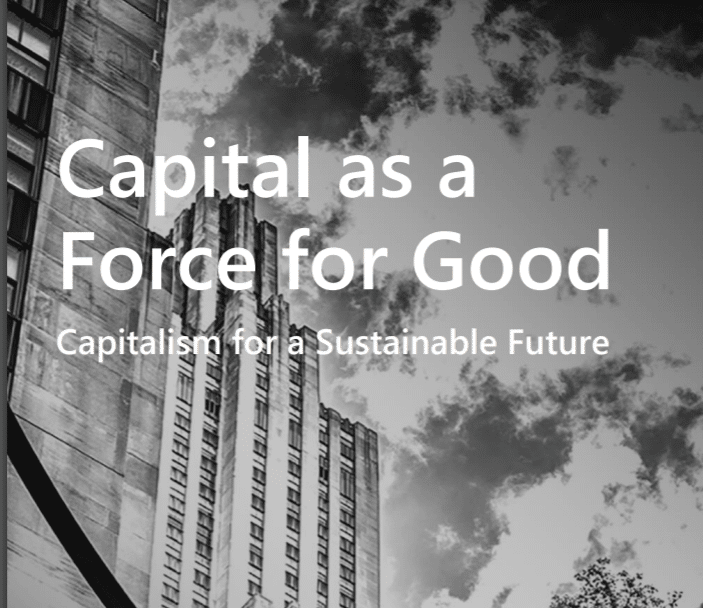 In the foreword, Antonio Guterres notes that COVID-19  has had a dramatic impact on progress towards the SDGs. The report estimates the necessary fiscal stimulus in the advanced economies reaching nearly 28% of GDP, but the figure drops to 6.5% in middle-income countries and to 1.8% in the least developed countries. To meet the SDGs by 2030, an estimated US$116-142 trillion is needed, with a funding gap of $84-101 trillion. Finance industry leaders have stepped up their sustainability and development funding, committing $9.5 trillion to 2030. But the majority of capital is focused on advanced economies, despite the current funding shortfall being in developing countries.

A strategic and integrated multi-stakeholder approach is needed to meet the SDGs, in that individuals collectively own 64% of gross liquid assets ($255 trillion), while governments control 36% of gross liquid assets. The case for capital being deployed as a force for good is associated with up to 8x outperformance for the most engaged companies. The SDGs and the transition to a superior future need to be funded as investible opportunities for capital.