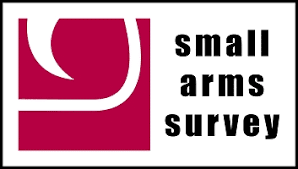 The principal international source of public information on all aspects of small arms and armed violence, serving as a resource for governments, policy-makers, researchers, and activists. Their work is based on the realization that armed conflict has declined, but the number of people killed by armed violence—nearly half a million/year—has not, resulting in vast societal impacts.

They generate policy-relevant research and analysis, and provide both resources and services like training and capacity-building. Their main objective is to reduce the illicit proliferation of small arms and light weapons and their impacts.  Hosted by the Geneva Graduate Institute of International and Development Studies and supported by the Swiss Federal Department of Foreign Affairs, with contributions from Canada, Finland, Germany, the Netherlands, Norway, Sweden, the UK, the US, etc. and various UN agencies.