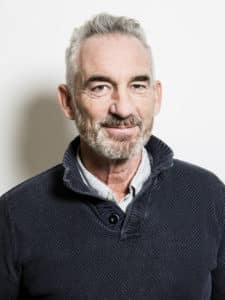 Tim Jackson (b.1957) is a British ecological economist, Professor of Sustainable Development at the University of Surrey, and Director of the Centre for the Understanding of Sustainable Prosperity that emphasizes social, political, and economic dimensions.  He was founding director of the Research Group on Lifestyles, Values and Environment (2006-2011), director of the Sustainable Lifestyles Research Group (2010-2014), Economics Commissioner of the UK Sustainable Development Commission (2004-2011, with contributions to the 2005 UK Sustainable Development Strategy), and professorial research fellow on Prosperity and Sustainability in the Green Economy (2013-2017).  Since 2010, he has worked with Canadian economist Peter Victor and others to build “new ecological macroeconomics” by developing a Green Economy Macro-Model and Accounts (GEMMA) calibrated for the UK and Canadian economies.  Among his publications, he is author or editor of Material Concerns: Pollution, Profit, and Quality of Life (1996), The Earthscan Reader on Sustainable Consumption (2006), Prosperity Without Growth (2009, 2017; first released as a report to the SDC, translated into 17 languages, and recently revised), and “The Future of Jobs: Decent Work for All?” (The Guardian, 2017).  Jackson is also an award-winning playwright with many BBC radio-writing credits, such as writing Cry of the Bittern (1997), a 30-episode “environmental thriller” series on the conflict between environment and development.