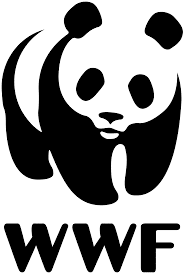 One of the “world’s leading conservation organization,” best known for its panda logo. Mission: “conserve nature and reduce the most pressing threats to the diversity of life on Earth” so that the future is one in which “people live in harmony with nature.”  More than 5 million members working in >100 countries.

They aim to achieve six global goals: To “ensure that the world’s most important fisheries and ocean ecosystems are productive and resilient and improve livelihoods and biodiversity; the most iconic and endangered species are secured and recovering in the wild; the integrity of our most important forests, including their benefits to human well-being, is enhanced and maintained; freshwater ecosystems and flow regimes provide water for people and nature; a global shift toward a low carbon and climate resilient future is achieved; and that sustainable food systems conserve nature and maintain food security.”