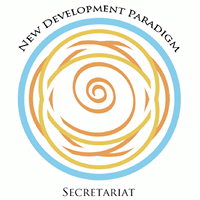 A Royal Government of Bhutan Initiative, the NDP is grounded in the principles of Gross National Happiness – the unique vision of human development first proposed in the early 1970s by the 4th King of Bhutan, His Majesty Jigme Singye Wangchuck, when he declared that “Gross National Happiness is more important than Gross National Product.” Part of the worldwide effort to help define a new and more viable post-2015 global development agenda, it proposes that responsible development is about having the right balance between equitable and sustainable livelihood, ecological conservation, good governance, and a dynamic and thriving culture. This, in turn, fosters the sense of sufficiency and contentment, which promotes harmony and connectedness with nature, others and ourselves – the essence of true happiness. Resources include: the NDP Project Completion Report (Oct 2014, 41p), which describes the history and results of the overall initiative, and Happiness: Towards a New Development Paradigm submitted to the UN (Dec 2013), which presents a systemic model of alternative development emphasizing “happiness skills.” Also has other publications, videos, and links to relevant other sites. [NOTE: The Secretariat was closed in Sept 2014, but the website will remain active until June 2019. The 71 contributors in the International Expert Working Group included Robert Costanza, Herman Daly, Tim Jackson, David Korten, Hunter Lovins, Bill McKibbon, Manfred Max-Neef, Juliet Schor, Gus Speth, David Suzuki, and Ernst von Weizsacker.]