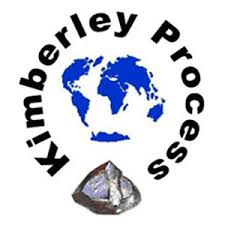 The Kimberley Process Certification Scheme is used to prevent “conflict diamonds  from entering the mainstream rough diamond market by United Nations General Assembly Resolution 55/56 following recommendations in the Fowler Report.” It has been enshrined into law by 82 governments  and works to ensure that “diamond purchases are not financing violence by rebel movements and their allies seeking to undermine legitimate governments.”