How Many Intensive Care Beds Will A Nuclear Weapon Explosion Require? 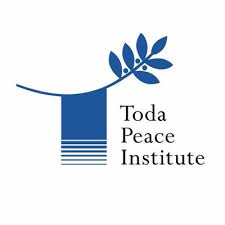 How Many Intensive Care Beds Will A Nuclear Weapon Explosion Require?
(Tom Sauer and Ramesh Thakur, Toda Institute, Policy Brief No. 5, May 2020; 5p)

COVID has demonstrated what a serious crisis can do to the intensive care system. This is a threat assessment of the size of a threat and its probability posed by prospective nuclear explosions. The world is facing a clear threat of an “outbreak” of nuclear weapons proliferation. Using Alex Wellerstein’s Nukemap as a source of estimates, the largest bomb tested by Pakistan would kill 358,350 people and injure 1.28 million if used in an airburst over Delhi.  If a 5,000-kiloton Chinese Deng Fong-5 missile reaches Brussels, 839,550 will die and another 876,260 people will be seriously injured. Belgium’s 1,900 ICU beds would be immediately overwhelmed. Even in the face of the obvious calamity that would ensue from a nuclear holocaust, the nuclear weapon “haves” refuse to give up their nuclear privileges, despite their commitment to do so under the Non-Proliferation Treaty of 1968. The US alone will spend $50 billion this year on the maintenance and modernization of nuclear weapons and their delivery vehicles. The World Medical Association, the World Federation of Public Health Associations, the International Council of Nurses, and International Red Cross support the Nuclear Ban Treaty since 2018.