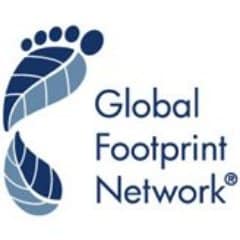 “Advancing the Science of Sustainability.”  An international think tank that provides Ecological Footprint accounting tools to local and national governments, investors, and opinion leaders for the development of policy. Involves hundreds of individuals, 200 cities, 23 nations, leading business, scientists, NGO’s, academics, and  >70 global Partners (academic institutions, consultancies, corporations, government agencies, and social benefit organizations).  Envisions “a future in which human demand on nature is monitored as closely as the stock market.”  The Ecological Footprint “works like a bank statements documenting our ecological expenditures and identifying if we are consuming nature’s resources faster than the planet can renew them.” Ecological Footprint Accounting addresses whether the planet is large enough to keep up with the demands of humanity. On the asset side, biocapacity represents the planet’s biologically productive land areas including our forests, pastures, cropland and fisheries. These areas, especially if left unharvested, can also absorb much of the waste we generate, especially our carbon emissions.  Biocapacity can then be compared with humanity’s demand on nature – our Ecological Footprint – which represents the productive area required to provide the renewable resources humanity is using and to absorb its waste.  There are world, national, city, business, carbon, and personal footprints.  Results for 200 countries are updated annually.

Examples of findings: 1) humanity presently uses the equivalent of 1.5 Earths to provide the resources we use and absorb our waste; 2) the carrying capacity of the US is about 80% less than the resources consumed by its population; 3) urban life significantly reduces per capita footprint, but the increased affluence of city residents increases it; 4)  humanity’s carbon footprint has increased 1100% since 1961 and reducing it is the most essential step that could be taken to live within the means of the planet; 5) Kuwait is #1 in living beyond its means, consuming 10 times its carrying capacity; 6) very poor countries consume the least.  Details of the methodology are described extensively.  Publishes The Living Planet Report bi-yearly
(2014 is the most recent edition.) and an Annual Report.  Expenditures
(2014): $3.4M.  President: Mathis Wackernagel.  47 staff.  [Note: A powerful and extensive analysis, especially the graphic layout of the information.  MS]