Closing the Racial Inequality Gaps: The Economic Cost of Black Inequality in the U.S. 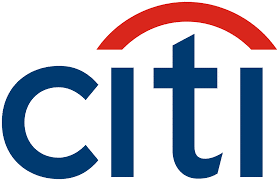 Peterson was a Global Economist with Citi Research. She is now Chief Economist at The Conference Board. Mann is the Global Chief Economist at Citigroup. Their analysis asserts that if four key racial gaps for Blacks — wages, education, housing, and investment — were closed 20 years ago, $16 trillion could have been added to the U.S. economy.  If the gaps were closed today, $5 trillion can be added to U.S. GDP over the next five years.

The health and economic crises resulting from the coronavirus have revealed long standing and virtually embryological racial tensions and inequities in American society. The overlay of deep job cuts, threat of eviction, hunger, business closures among minority groups, and uneven fiscal supports, with high rates of infections and deaths, plus repeated incidences of police brutality involving Black Americans have brought the United States to a racial reckoning. According to this analysis, black people have suffered greater job losses through government- ordered shutdowns, found themselves in essential but low paying jobs; have more pre-existing factors leading to COVID-19 mortality; owned businesses that closed permanently or were unable to access Paycheck Protection Program (PPP) loans; and experienced food, income, and housing insecurity amid the crisis. “The tangible and emotional hardships of the virus impact spilled over into national outrage about the deaths of several Black people during altercations with the police. Most notably, the video-taped death of George Floyd.”

All points are supported with graphically represented evidence, e.g., there is about a 25% gap between white and black home ownership and that spread has been consistent since 1900. Segregation in housing has been institutionalized for centuries through methods including the fact that between 1934 and 1968, 98 percent of home loans approved by the Federal government were given to white applicants.  The FHA also subsidized builders creating large tracts of housing in suburban areas as long as those projects excluded Black homebuyers. Meanwhile, minorities were directed to urban housing projects. These urban neighborhoods, where Black family housing was permitted, were often cut off from resources and subject to underinvestment. If these racist practices did not exist, the authors estimate that an addition 770K blacks would have owned homes over the course of the last 20 years, which would have added $218B to US GDP.

The analysis lays out roles for government: