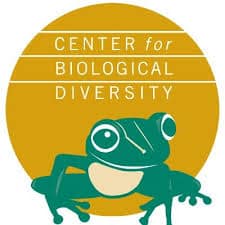 Is a nonprofit environmental activist and legal advocacy organization known for working through science, law and creative media to secure a future for all species hovering on the brink of extinction. Its strategy consists of filing “relentless lawsuits” seeking stricter enforcement of the Endangered Species Act (ESA), the Clean Air Act and other federal environmental laws, most often by petitioning to list new species on the ESA or enforcing those already listed. It is based in Tucson, Arizona, but has 16 additional offices throughout the U.S. The center has gradually expanded its species-saving tactics to include protecting rivers, stopping urban sprawl, battling overgrazing and even tackling climate change. It claims to have approximately 1.1 million members and online activists.