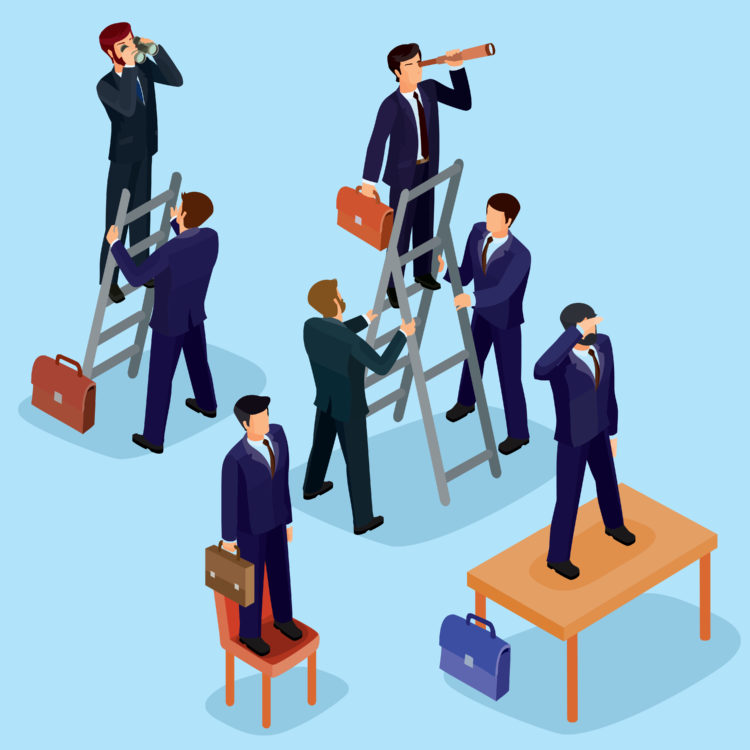 What COVID-19 can teach us about Change, Acceptance and Dissent

COVID-19 is the current focal point not only of the media and politics but our societies as a whole. Our system had to be partially restructured around this actual and lingering potential threat. At the same time, the problems we have been fighting with before this crisis persist, are exacerbated, and some, due to reduced human activity, partially alleviated. The effects of inequality and social injustice are amplified within and between countries, while CO2 emissions have dropped, environmental destruction and pollution decreased. Life has slowed down for many of us, not working in essential jobs. Parts of our societies are more isolated, while others find time for families and friends. A sense of communality is felt, especially in the hard hit communities, while the international community and global connectedness has been disrupted severely. Some people found the time to think about their life and choices, while others look for ever more distraction in entertainment, many do both. Some countries are taking tentative steps towards re-opening, while others still have the worst ahead of them. The fear of a second wave combats the fear of economic collapse. Conflicting tendencies are at work simultaneously in societies as a whole and in every individual.
While all of us struggle to cope with and adapt to this ‘new normal’ we need to make sure not to lose sight of the long-term problems that will persist. And while many things have been put on hold, this situation gives food for thought to many of us.

What are we willing to give up?

The current situation exemplifies, that certain threats cannot be curtailed without the interference of governments, severe cuts to civil liberties, and communal solidarity. Governments have been forced to take responsibility for the health of their citizens, and have largely responded with unprecedented measures of control and authority over many parts of society. Not only does this show once more, that the ‘free market’ can’t and was never intended to cope with situations of crisis, it also shows what is possible, if the perceived threat is big enough.

It is almost to arrive at a similar level of perceived threat if looking at long-term challenges like Sustainability and Systemic Change. Any public acceptance of similar levels of government interference depends on trust into the government and its institutions. Something that appears to be in ever shorter supply. This raises a few uneasy question we have to ask ourselves when looking at this kind of long-term issue:

What are we willing to trade in for a good shot at real change? Past experiments of government controlled constructions of a ‘brave new world’ have shown the pitfalls of trading civil liberty for the building of a utopian society. So what can we learn from the current situation?

A lesson in patience, narration and dissent

Governments are testing the patience of their citizens, corporations, entrepreneurs and institutions to stay in line with shutdown measures and restrictions to their civil and general liberties. There is a tight connection between the perceived risk and the patience of the governed subjects. This connection depends heavily on the narrative put forward by the government and the legitimacy and trust the government commands. Creating an overarching narrative has been achieved by many governments in the past, often hand in hand with  revolutionary change, nationalism or war, often all at once. The current state of our societies seems to be a very different one, making it difficult to unite the populace behind an overarching message. The fissures in the social structure of our societies, that have been visible before this crisis, have been heavily exaggerated. False news, conspiracies, media mistrust and the hyperactive shit-show on social media, are concerning enough in ‘normal’ times, but become ever more dangerous in times of crisis. The inability to reach across the aisle, to penetrate the attention bubbles of the political competitors, seems to leave the political system impotent to deal with crisis situations that challenge the status quo.
PUS Donald Trump, similar to many “nationalistic Strongmen”, seems like the perfect personification of this problem. Not only is he a beneficiary of those fissures, but also the head of the government, that tries to put forwards a narrative that convinces people to stay on board with current measures. His approach or that of his administration is self-contradicting and ineffective, at least to tackle the problem at hand. The gaping fissures can’t be closed, by someone pulling full force in both directions. And while dissent towards government interference has existed from the start it becomes stronger by the hour, amplified by its social and economic fall-out, but also a fear and anti-government sentiment in many political currents.

Not only does this show how much government can achieve with a warranted or unwarranted narrative of fear and threat (this time towards a virus) but it also shows its limits. Anyone that wants to push for quick radical change that creates similar strife, will be faced with similar dissent. Dissent that can only be overcome by a widely shared narrative, a common moral orientation and common goals – or by violence, as history has shown over and over again.

Fear and violence seem to me like the least attractive options, not only from a moral standpoint, but also

There are no easy or clear answers here, and I am surely not able to supply them, but these are questions we need to ask ourselves now more than ever.

(I feel like the next section doesn’t really fit to the rest. But I wrote it already. Any ideas? Should I tackle this in a different post or you think I could make it work here?)

The tracks are being laid down right now

We can’t afford to wait for the end of this crisis. The concentration of political power in the hands of the executive branch, the crisis programs laid out by governments and the resulting debts will shape the development of our economies for years to come. This crisis is not only a chance for the better but also one for the worse. The vested interest of the current system will use all their influence to make sure that a back to a pre-crisis status-quo is on the agenda of government leaders. If we don’t direct these enormous streams of money and power into the right direction, they will push us even further towards the end of the track, towards the wall, towards a potentil ‘great filter’ (see Fermi Paradox).

We need to prepare for the post-crisis competition for attention!

While most of us, that are engaged in foresight and future-thinking, will struggle to find attention in the current situation, we must prepare for the post-crisis competition for attention. Crisis as a chance is all too often used as a phrase, but all too rare used to push for real change. Global, extractive, and expansion-based capitalism will lick its wounds and try to put the feet back on the pedal as quick as possible. “We need to make up for the losses!” But as many of us know, we are still driving towards a dead-end. We are destroying the basis of our wealth with increasing speed and if we can’t change the direction, some wall will stop us eventually.

1 thought on “What COVID-19 can teach us about Change, Acceptance and Dissent”