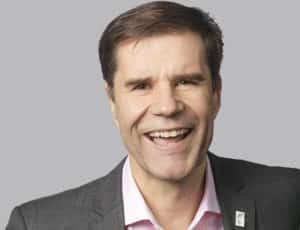 Mathis Wackernagel (b.1962) is founder and CEO of the Global Footprint Network, a sustainability think tank with 19 staff and offices in Oakland (CA), Brussels, and Geneva.  Its mission is to center ecological limits in planning, based on Wackernagel’s 1994 Ph.D. dissertation at the University of British Columbia on the concept of “ecological footprint,” a method for comparing consumption and lifestyle against nature’s ability to provide for it.  He is a co-author of Our Ecological Footprint: Reducing Human Impact on Earth (1996, with UBC Professor William Rees and Phil Testemale), Sharing Nature’s Interest (2001, with Nicky Chambers and Craig Simmons), and The Winners and Losers in Global Competition: Why Eco-Efficiency Reinforces Competitiveness.  A Study of 44 Nations (2003, with Andreas Sturm).  He has sponsored Earth Overshoot Day since 2006, which notes when we have used more from nature than our planet can renew in the whole year (in 2017, the date was August 2).  For contributing to sustainability metrics, Swiss-born Wackernagel has received many awards such as the Herman Daly Award for Ecological Economics (2005), Skoll Foundation Award for Social Entrepreneurship (2007), Blue Planet Prize (2012), and Prix Nature Swisscanto (2013).