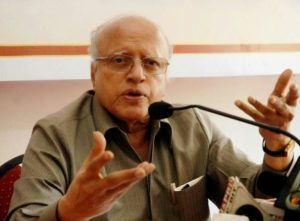 Mankombu S. Swaminathan (b.1925) is an Indian geneticist, renowned for leading India’s Green Revolution developing higher-yielding varieties of wheat. He is founding Chairman of the M. S. Swaminathan Research Foundation in 1988, to improve lives and communities by moving to sustainable development—an ”Evergreen Revolution” based on environmentally sustainable agriculture, sustainable food security, and preserving biodiversity. Swaminathan  has served as Chair and Director of the International Rice Research Institute (1982-1988), President of IUCN–the International Union for the Conservation of Nature and Natural Resources  (1984-1990), President of the World Wildlife Fund for India (1986-1996), Director of the Indian Agricultural Research Institute (1961-1972), and Member of the Parliament of India (2007-2013).  He has published >250 articles and >10 books, including An Evergreen Revolution (2006),  In Search of Biohappiness—Biodiversity and Food, Health and Livelihood Security (2011; 2/E, 2015), and 50 Years of Green Revolution—An Anthology of Research Papers (2017).  He has received 50 honorary degrees, was on Time magazine’s list of 20 most influential Asians of the 20th century, been described as the ”Father of Economic Ecology” by UNEP, and been awarded the first World Food Prize (1987) and UNEP’s Sasakawa Environment Prize (2002).