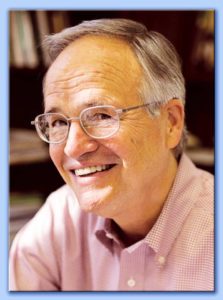 James Gustave Speth (b.1942) is an environmental lawyer, co-founder and senior attorney of the Natural Resources Defense Council (1970-1977) and founding president of the World Resources Institute (1982-1993).  He previously served as Chair of the US Council on Environmental Quality (1979-1981), Administrator of the United Nations Development Programme (1993-1999), Chair of the UN Development Group, and Dean of the Yale School of Forestry and Environmental Studies (1999-2009).  He is currently a professor at the Vermont Law School, Senior Fellow at The Tellus Institute and Demos,  and Co-Chair and Senior Fellow of The Democracy Collaborative’s  Next System Project, addressing systemic solutions for a new US political economy.  He is author or co-author of Red Sky at Morning: America and the Crisis of the Global Environment (2004), Global Environmental Governance (2006), The Bridge at the Edge of the World: Capitalism, the Environment and Crossing from Crisis to Sustainability (2008), America the Possible: Manifesto for a New Economy (2012), and Angels by the River: A Memoir (2014).  Speth has received many honorary degrees, and awards such as the Blue Planet Prize (2002).