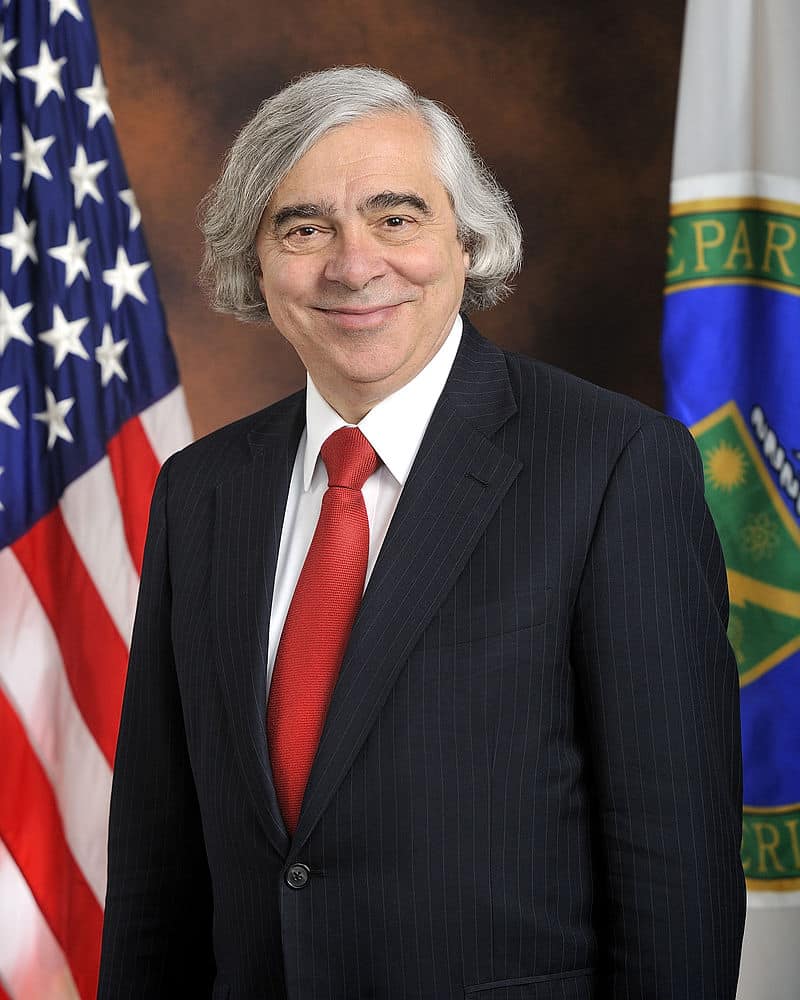 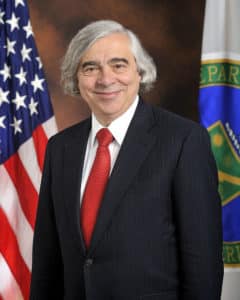 Ernest J. Moniz (b.1944) is a nuclear physicist and former US Secretary of Energy (2013-2017), as well as Undersecretary of Energy for Energy and the Environment (1997-2001).  He is currently the Co-Chair and CEO of the Nuclear Threat Initiative, a non-profit seeking to prevent catastrophic attacks with weapons of mass destruction and disruption, President and CEO of the Energy Futures Initiative in Washington, and Emeritus Professor of Physics at MIT and Special Advisor to the MIT President.  He previously served as Founding Director of the MIT Energy Initiative to develop low- and no-carbon alternatives and Director of the MIT Laboratory for Energy and Environment.  Moniz is author or co-author of Climate Change and Energy Pathways for the Mediterranean (2008), Nanotechnology for the Energy Challenge (2010), “Why We Still Need Nuclear Power: Making Clean Energy Safe and Affordable” (Foreign Affairs, 2011), and “Stimulating Energy Technology Innovation” (Daedalus, 2012).  He has received many awards, including the Distinguished Public Service Medal of the Department of Defense (2016), Grand Cordon of the Order of the Rising Sun (2017), FDR Distinguished Public Service Award, and the Neustadt Award (2017).