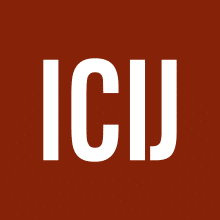 The International Consortium of Investigative Reporters “is a global network of more than 200 investigative journalists in 70 countries who collaborate on in-depth investigative stories.” Originally, it was a project of the Center for Public Integrity, “focusing on issues that do not stop at national frontiers: cross-border crime, corruption, and the accountability of power.” On 2017, ICIJ “was spun off to become a fully independent news organization” to extend its global reach and impact even farther.