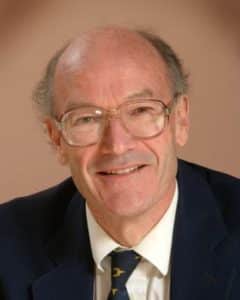 Paul Ekins (b.1950) is a British leader in sustainable economics.  He is Deputy Director of the UK Energy Research Centre, Professor of Resources and Environmental Policy and Director of the Institute for Sustainable Resources at University College London, a member of UNEP’s International Resource Panel, and Co-Chair of the 20-member Green Growth Knowledge Platform working group, established in 2012 by the Global Green Growth Institute, OECD, UNEP, and the World Bank.  Previously, he co-founded the Forum for the Future in 1996, served on the UK Sustainable Energy Policy Advisory Board and the Royal Commission on Environmental Pollution, and chaired the Green Economy Policy Commission (2012-2014).  He is author of A New World Order (1992), The Gaia Atlas of Green Economics (1992), Economic Growth and Environmental Sustainability: The Prospects for Green Growth (2000), Environmental Tax Reform (2011), The UK Energy System in 2050: Comparing Low-Carbon, Resilient Scenarios (2013), and co-author of Global Energy: Issues, Potentials, and Policy Implications (2015).  Ekins was awarded the Order of the British Empire in 2015.