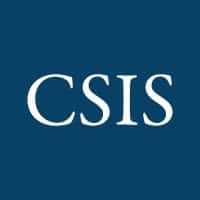 Is one of the leading bipartisan, nonprofit think tanks in Washington. It aims at “finding ways to sustain American prominence and prosperity as a force for good in the world” by conducting non-partisan policy analyses and developing policy initiatives that anticipate future change. The center hosts more than 1600 events per year in relation to issues such as international relations, human rights, climate change, technology, finance, energy, and geo-strategy to name a few. CSIS regularly publishes books, reports, newsletters, and commentaries targeted at major decision-makers in its attempts to address the world’s greatest challenges.